Is Batman and Robin from 1997 actually SO bad that it is GOOD? 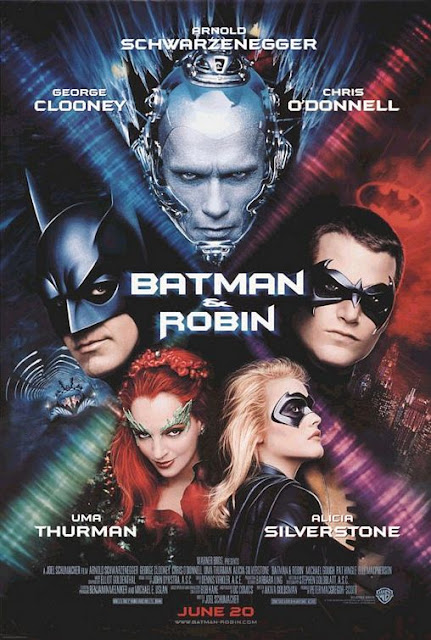 The movie starts out with a huge big budget museum set with Arnold saying some of the worst one liners ever.   It turns into  Batman on Ice or a really bad  Universal Studios Stunt show.   Batman and Robin is by far the worst of any of the Batman movies.   But is it actually SO BAD that it is GOOD.   It has way too many characters......Batman,  Robin,  Mr Freeze, Poison Ivy --Bat Girl  and Bane.  BANE the main star of the most recent Batman is reduced to a grunting  Mexican Wrestler taxi driver for Poison Ivy.   With huge stars and an enormous budget in the right hands it could have been a good movie---but it is so cheesy and so over the top and silly that it is utterly terrible.    Re-watching the beginning of this film for the first time in over a decade today I was amazed at how incredibly terrible the movie was.    Which begs the question  Is it actually SO BAD that it is GOOD.   Watching it now it is almost pure gold like   Showgirls.   This movie should have its own midnight screenings with villains skating around on ice skates and people dressed in bad Superhero outfits.   So again I ask is Batman and Robin actually SO BAD that is is GOOD????  It is so weird to see this version of Batman as played by George Clooney that makes Adam West look serious....(Okay Adam West could never look serious, but you get the point).   George Clooney, Chris O'Donnell,  Arnold,  Uma,  and that girl from Clueless mix them all together and you get an absolute big budget mess,  which is so laughable I'm almost enjoying it.....   Well Almost.... They should have gone all the way and made it into  a Musical.

Instead of a movie trailer......I give you all the bad lines from Mr Freeze.