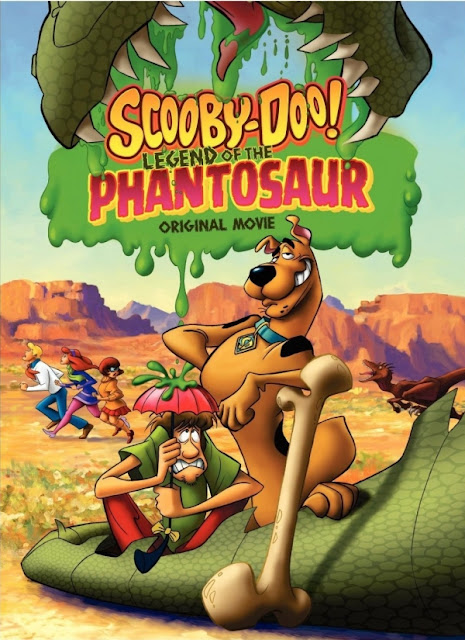 This Scooby Doo movie was an action packed adventure that pits the Scooby Gang against a giant fire breathing  Ghost  Dinosaur.  The action sequences are top notch for a Scooby Doo adventure and the story had a couple of interesting twists including Shaggy becoming an action hero after some hypnosis and the monster being especially strong.  This adventure follows the What's New Scooby Doo version of the Scooby gang which has still been starring in Scooby Doo movies while the Mystery Inc version runs on TV.   I love both versions.   Scooby and the gang continue to entertain me after all these years.   I even named our Great Dane puppy after a member of the Scooby Gang.  Some of the direct to DVD Scooby movies are better than others.....this entry was pretty strong.  If you are a Scooby Doo fan check this one out.

I'll soon be compiling a list of the Scooby Doo movies

Email ThisBlogThis!Share to TwitterShare to FacebookShare to Pinterest
Labels: Scooby Doo, Scooby Doo and the Legend of the Phantosaur