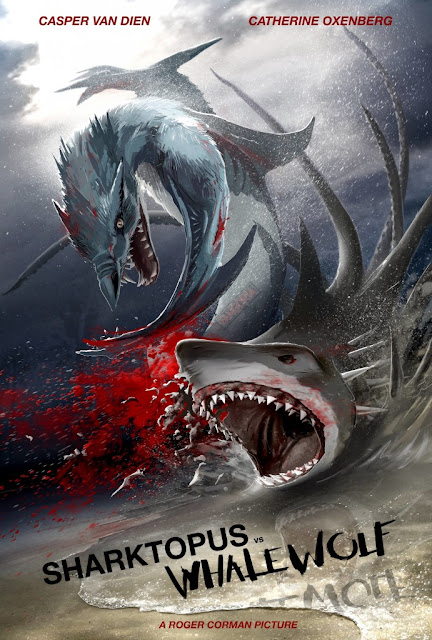 I was really disappointed by Sharktopus vs Whalewolf.  This franchise keeps getting worse and worse.  The Sharktopus in the first film was kind of a cool silly concept.   The Octopus tentacles allowed Sharktopus to go on land briefly to make a kill.  The first movie was fun.   Now with Sharktopus 3:  it seems they have just become extremely lazy.  Beyond coming up with a new hybrid creature for Sharktopus to battle it seems like very little thought went into the rest of the movie.   The best scene was a nurse in what looked like a sexy nurse outfit from Halloween being chased by the horrible CGI Whalewolf.

The plot:  Sharktopus is on a killing spree again and Casper Van Dien is drunk on a boat just holding onto his last minute of fame.  There is also a horrible storyline about a Nazi scientist (played by Catherine Oxenberg whose last minute has already run out )  experimenting on humans and turning an ex steroid abusing baseball player into a hybrid Whalewolf.   The Whalewolf is awful and looks like a Scooby Doo monster. 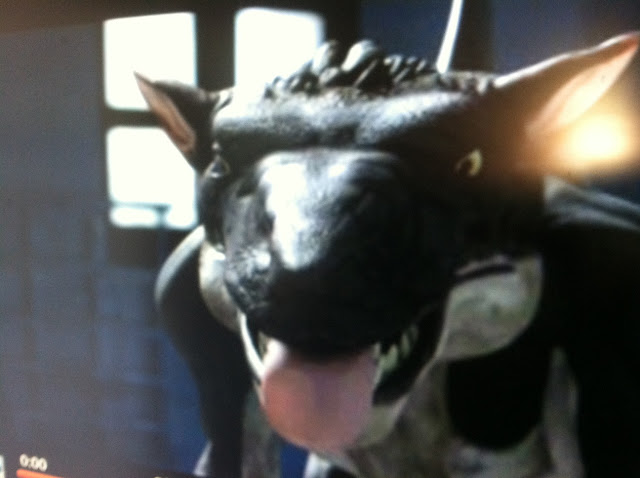 It is part man/part wolf/part killer whale and is a badly animated CGI creature that isn't even remotely scary looking.   It was like a terrible gore filled Scooby Doo episode without Scooby and the gang or a mystery or any story that you are invested in at all.   I was waiting for Casper Van Dien to capture and unzip the Whalewold Costume and point out that it was Mr Withers all along.  Unfortunately this wasn't a Scooby Doo episode.    Instead it was a boring display of terrible CGI and bad jokes and cheesy action.   The CGI was so terrible that I didn't even care when Whalewolf battled Sharktopus.   Seriously Whalewolf is one of the worst movie monsters ever......and that is saying a lot.

Skip this bad shark movie (unless you are a sucker like me) .   Watch Sharknado 3 or Roboshark instead.  Even 3 Headed Shark Attack was more enjoyable.

I have updated my guide to the Good,  The Bad and the so bad they are good Shark movies
http://bradgeekness.blogspot.com/2012/11/guide-to-shark-movies-good-and-bad.html