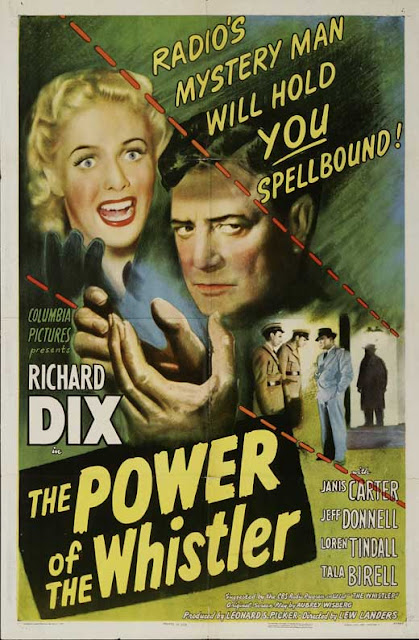 The 4th film in the series is Voice of the Whistler from 1945
The movie follows the story of a wealthy man named John Sinclair (Richard Dix) who is in declining health and has no family or friends.  On advice of his doctor he takes off on long vacation,  where after falling ill again he meets a beautiful blonde nurse that is already engaged to another man.    The millionaire offers the nurse a deal she can't refuse.  Marry him and take care of him until he dies and she will inherit his fortune.   After 6 months together living in a lighthouse John's health makes a unexpected recovery and he has fallen in love with her.   She however can't stand the isolation the lighthouse and just as she wants to leave her ex shows up.

At this point of the film John's character takes an unexpected turn. Threatened by her ex he details to him how he would kill him casually over a game of chess.  The ex then tries to beat him to it in the middle of the night only to be be tricked and killed by Sinclair.
John tries to lie his way out of the murderer --but his story doesn't add up and Sinclair ends up killed by the police.   Richard Dix does an excellent job in this episode.