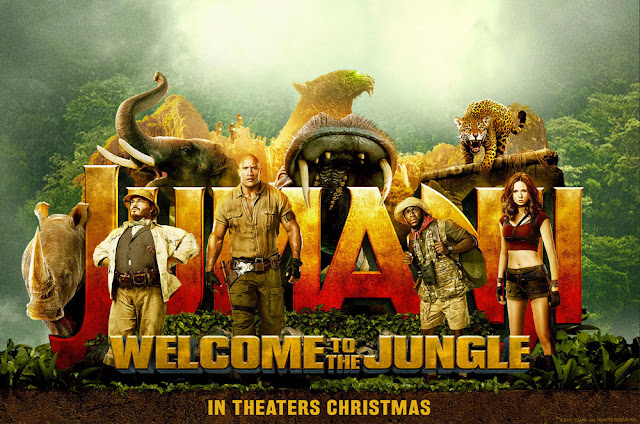 Jumanji: Welcome to the Jungle was a surprise box office hit of the holiday season.   When I first heard they were doing a new Jumanji I wasn't confident that they would get it right.   The original Jumanji starred Robin Williams and is concerned a classic.   Would a Reboot/Remake go over well in 2017?  Apparently the answer to that question was a hug yes.    Jumanji crushed at the box office coming  out shortly after The Last Jedi and holding surprisingly well for weeks into 2018. The film ended up grossing over 900 Million Worldwide.

How they got it right:
1. Jumanji wasn't really a remake it was a sequel.  I'm glad they went this route with the film.  The original film lends itself to sequels and it is surprising that one wasn't made sooner.  A sequel of sorts was made by John Favreau 2005 with the film Zathura that was based on a book by the same author of Jumanji.  It wasn't a direct sequel but the themes and stories were the same with an outer space theme replacing the jungle setting.  This Jumanji movie starts out with the board game from the original and mentions characters from the original and has visual references or Easter eggs from the first film.

2. They took the sequel in an interesting new direction.  The original movie featured the board game that when you play it the spaces on the board game that you land on come to life.  The sequel puts a spin on that when the magical board game turns itself into a video game to entice the new character that finds in 1996.   Then a group of 4 different high school students that are basically like The Breakfast Club get detention and stumble across the game.  It magically transports them into a video game version of Jumanji.  It also  involves body switching in a clever way that turns the high school kids into completely different characters. 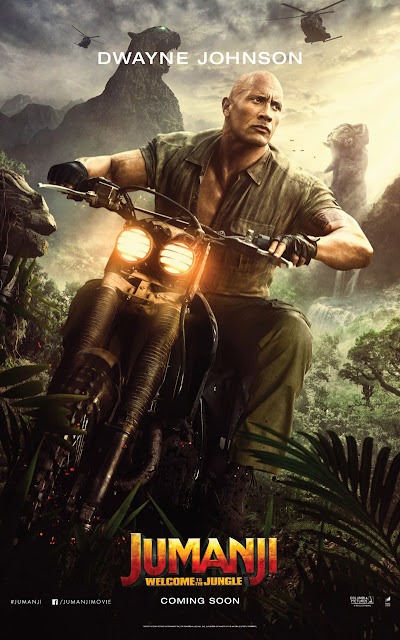 3. The cast works surprisingly well together.   The Rock and Kevin Hart had already demonstrated their own screen chemistry in a previous film.   I'm not normally a fan of Jack Black.  In fact several of the worst movies I've seen over the last decade were Jack  Black films.  Jack Black played as a hot selfie crazy popular girl stuck in Jack Black's body withing the game worked great.  Karen Gillian as the Ally Sheedy character turned bad ass skilled in dance fighting in the game was terrific as well.  She rounded out the cast with a great sense of humor, especially when she is trying to be sexy which she played to comic effect. 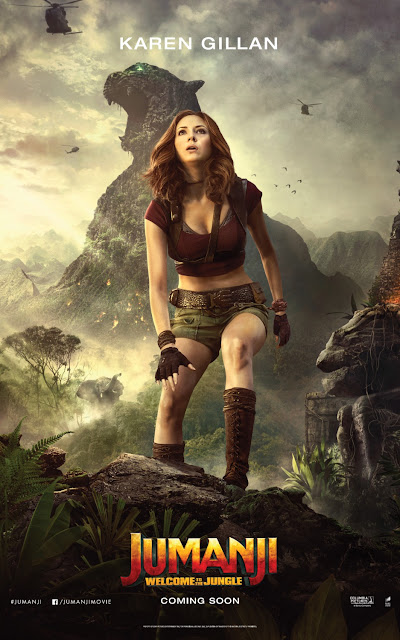 4. The story of the movie was solid and entertaining.  It is basically a video game that the characters have to navigate.  Working together and completing tasks to get to the end of the game before they run out of lives.  This allowed you to have the characters randomly die in funny ways.  Jack Black is standing next to the river and giving a speech and ends up getting Deep Blue Sea'd.   Kevin Hart's character has "cake" as a weakness.  He eats the cake and blow up.

Jumanji is a great, fun entertaining family film that is sure to get another sequel based on the box office results.