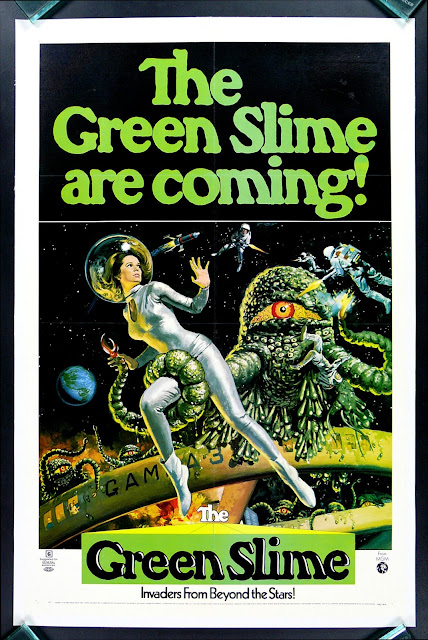 When your sick in bed sometimes you will watch anything.  That was the case with The Green Slime.

A giant asteroid is threatening Earth so some astronauts must go and blow it up.  Armageddon and Deep Impact decades before its time.  The only problem is they bring back a strange substance to the space station that turns into a bunch of one eyed tentacle monsters.

The Green Slime was actually a decent 1960's Sci-Fi film that story wise set-up future great sci-fi films with it's themes.  The Retro Sci-Fi Poster is awesome.  The theme song is catchy and the acting and writing is actually pretty good.  With modern special effects this could have been a really decent flick.   Unfortunately it featured some of the silliest worst looking monsters this side of Sigmud the Sea Monster.   Seriously this creatures look ridiculous. 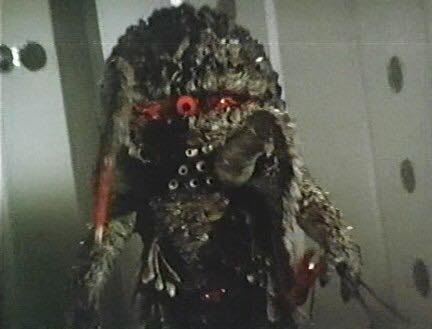 So is this movie So Bad that it is Good???  or does the fact that everything else about this film is enjoyable --make the monsters of the film just unfortunate?  I'm very conflicted --because I want to like the movie and be scared by the monster --but they look like extras from a Sid and Marty Kroft  production. 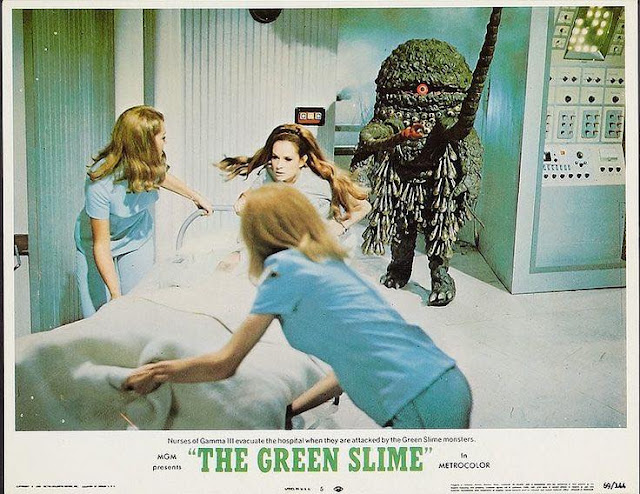 I loved the astronauts trying to fight off the terrible monsters with their electricity arms. 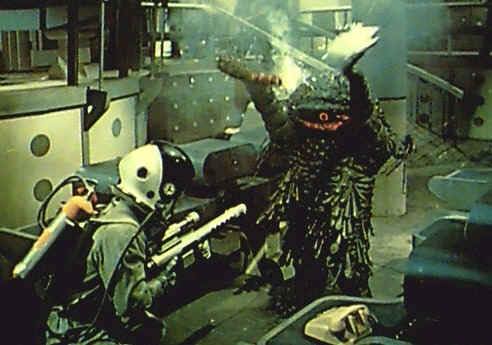 These power hungry creatures reproduce as fast as Trebbles. 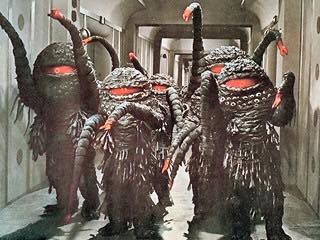 I think I'm going to have to give this film a 7 out of 10 --for being interesting despite one of the worst movie monsters of all time.