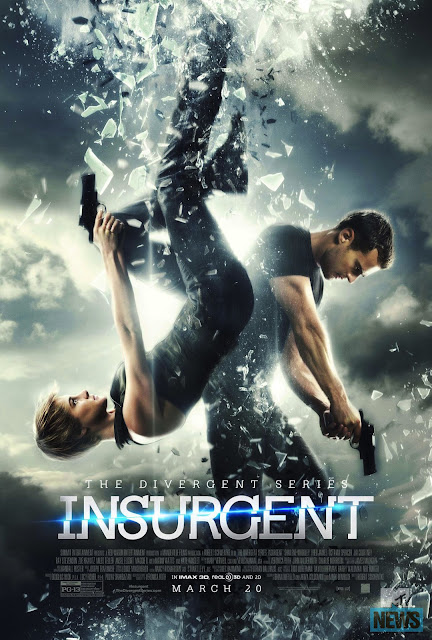 I was a little disappointed and underwhelmed by Insurgent, which is the 2nd film in the now troubled Divergent franchise.


I have heard that the third film is actually pretty good…..so it is unfortunate that it disappointed at the box office.  I believe it may have been the lackluster second film that lead the franchise to basically get killed before its final chapter.  The producers want to do the final film as a TV movie, but the lead actress  Shailene Woodley is not onboard with this idea and says that isn’t what she signed up for  The franchise sits in the uncomfortable situation of possibly not getting a conclusion at all.


The first film in the series was actually really good.  I actually enjoyed it more than The Hunger Games which this book series was brought to the big screen to hopefully ride the coat tails of.  Unforunately this second installment (like Catching Fire) disappointed.   I think the problem is that it is basically a second act of a 4 part story.   The acting in the film is okay –but the plot is just not as interesting as the first film.  The story of this second film was such a departure from the first story and just didn't feel like a worthy sequel.  The plot basically has the main character running from the authority figures from the first film for half the movie and then giving herself up to try and do some test for them in the second half.  There were a few good action sequences in the virtual environment --but not enough to hold my attention.

The film has a satisfying end that moves the story along and opens things up for the third film…but the journey to the end just fell flat.   The same thing happened for me with The Hunger Games series,  although after Catching Fire I gave up on that franchise. The Divergent series  looks like it is going to an interesting enough place that I'll probably give the third film a chance.

The movie page can be found here

Our Podcast can be found below
http://www.superfantasticterrific.com/
Posted by brad chowen at 6:53 PM