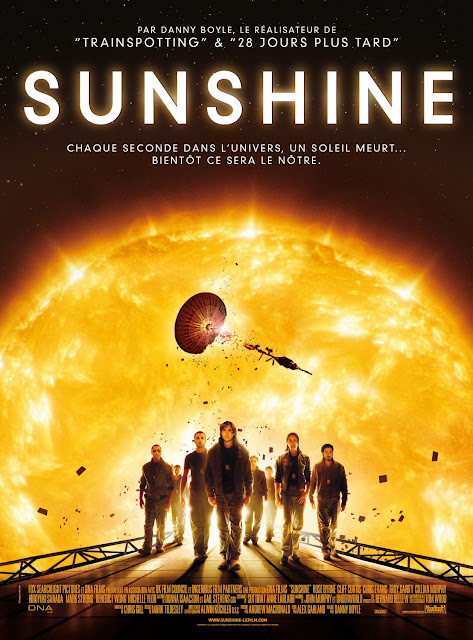 The story is about a crew of a spaceship that is sent on a mission to basically reignite the dying sun by dropping a bomb in it.  The first crew that was sent out to do this  job 7 years earlier and lost contact with earth and never completed the mission.

I was interested in seeing this after it was referenced several times after seeing the cool sci-fi movie Infini (which I loved).  This movie had a cool cast that includes Chris Evans, Rose Byrne, and Cillian Murphy.   Unfortunately the cast wasn't enough to make the film interesting.  I was really underwhelmed by the movie.  The story got dragged down by the typical - "Someone needs to go outside the ship to fix it scenes".   The crew argues about the mission.  They get the typical distress call from the original spacecraft and argue some more.  They decide to go to the other ship --now the film may might start to get interesting right?  Instead  just as they are exploring the ship there is an accident and we get another spacewalk to get back to the other ship after something goes wrong losing more crew members.  Then the movie just gets weird...  Their is someone else on their ship???  And it turns briefly into a slasher flick before another boring "We need to finish the mission" ending.

Skip this one and watch Pandorum or Infini instead.  Or watch the TV Show The Expanse which does the same scenes in a much better and more exciting way.


The Podcast is Here
http://www.superfantasticterrific.com/
Posted by brad chowen at 7:55 AM