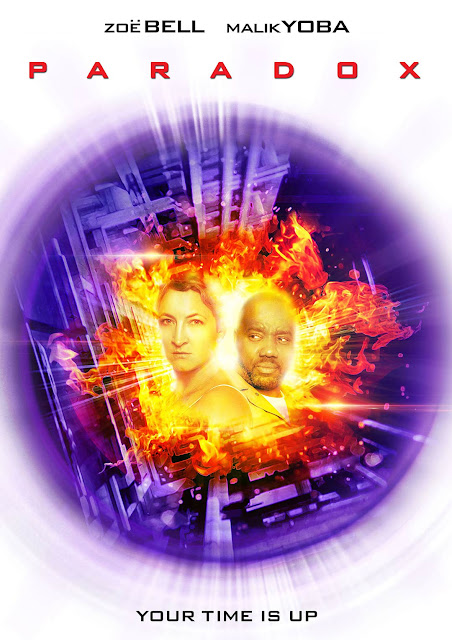 A small group of scientist are working on a time travel project. They send one guy an hour into the future and when he arrives they have all been killed---so he rushes back to warn them.

Paradox definitely not one of my favorite Time Travel films---but the Time Travel aspects were decent.  It is basically a time travel murder mystery.  One of them must be the killer.  This is a low budget ship in a bottle thriller with minimal sets that has some cool and interesting little twists that come from the time travel that takes place in the film.  Unfortunately the acting is pretty bad which takes away from some of the cooler twists and elements in the film.   I also the feel the movie misleads you as to who the killer is by the use of a stuntperson whose body type didn't seem to match who the killer turned out to be.   I also didn't like the explanation of who the killer was because it didn't seem like it was reasonable leap for the viewer.  Also the ending isn't much of a surprise if you catch on to a major hint about 3/4 of the way through the movie, which I did.

The Trailer is a lot better than the film itself with its fake Tron soundtrack.
https://www.youtube.com/watch?v=Y4FTJN7jqiU

And our Podcast page is here
http://www.superfantasticterrific.com/