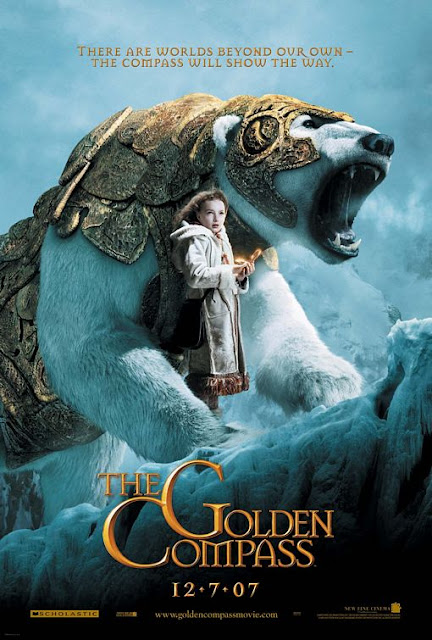 After Harry Potter every movie studio wanted to find its very own Potter like cash cow.  The Golden Compass was meant to be the first of a 3 movie series based  on Phillip Pullman's  His Dark Materials  book series.   It is an interesting film that focuses on the first book in this series  which features a story based around the adventures of a orphan living in a parallel universe where the world is ruled by  the Magisterium.  The people of this world all have demons  (animal spirits that follow them around).    The story follows her adventures using a  magic golden compass that helps her see the truth to find and save her friends that have been kidnapped.   It features talking animals,  Polar Bears with armour and magic.   The Digital polar bears were the most interesting part of the movie and the battle to see which polar bear would be king the best action sequence in the film.   The film although interesting didn't successfully connect with audiences so the 2nd and 3rd books in the series were never made.  The fact that this was to be the first of 3 films   leaves the audience with  what seems like an unfinished story.  Characters  so up out of nowhere (like the band of witches that show up out of nowhere)   and disappear from the story  (like Daniel Craig's character).