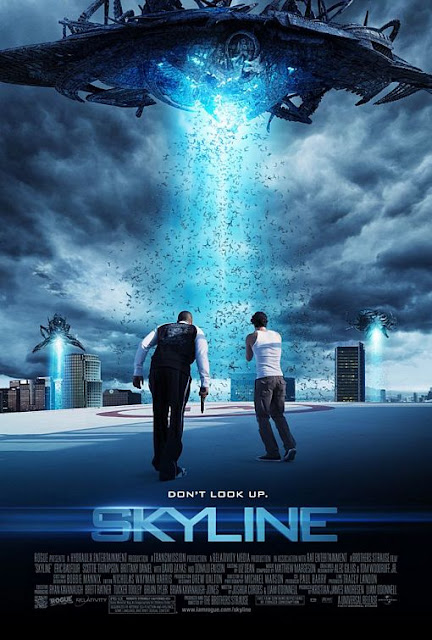 Skyline 2010  5 out of 10
A group of friends wake up after a night of partying to  strange blue lights and alien invaders.  This movie is a poor man's  War of the Worlds  meets Independence Day.  Sure they spent a lot of money on special effects for the giant strange alien invaders---but the world is pretty much devoid of humans.  For some reason pretty much the whole movie is them hiding in an apartment watching the aliens through the blinds or running around on empty roof tops.  After creative films like Cloverfield or major alien invasion movies like Speilberg's War of the Worlds----this film despite its special effects feels like a small  film.    As for the story it is pretty pointless.