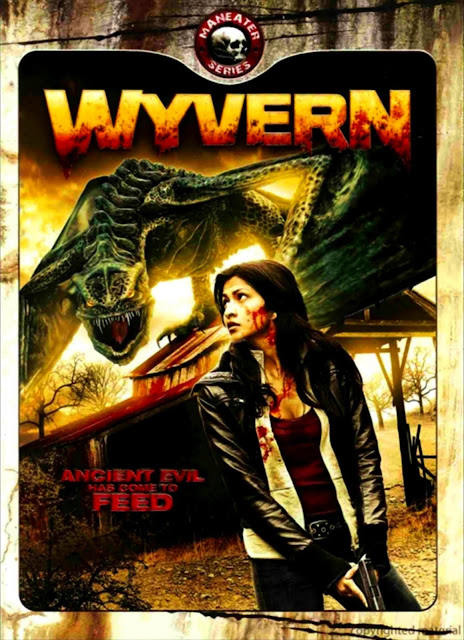 If Lizards can attack Ice Road Truckers----why not a Dragon  attacking an Alaskian Town with  an Ice Road Trucker in it......  Well that is what you get in this 2009  5 out of 10   Dragon vs Alaskian Town movie......Ice Road Terror came out of someone watching  Ice Road Truckers and wanted to have them attacked by  Lizards ....Wyvern came out of someone watching Northern Exposure and saying hey....Let's attack the cast with a Dragon....    They even have the actor that used to play the astronaunt from that movie in this one.    The Dragon when he was on screen was actually pretty decent.....The problem with this movie was the stop and start plot....Dragon attacks ....Everyone hides in the Cafe for awhile ...Drgaon Attacks ---they go out to get something then hide in the Cafe for awhile again having boring conversations with the dull lead
This movie had the infamous Jaws Scenerio   (we can't shut down the festival just because a couple of people have been brutually murdered scene)  Also a bad decision because the festival attracts  Man Eating Dragons of course.....  a Typical line from the flick.   " What does that have to do with the price of wheat in Alaska?"   I don't know....Just stop hiding and talking and go outside so the Dragon can eat you already
Posted by brad chowen at 12:57 PM

Email ThisBlogThis!Share to TwitterShare to FacebookShare to Pinterest
Labels: Wyvern