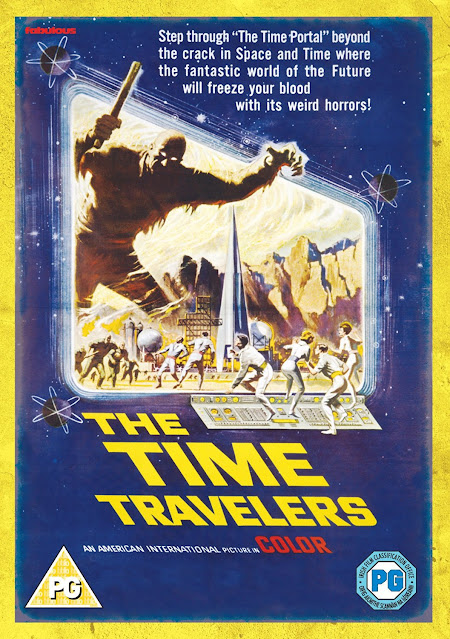 The Story of the film revolves around a group of scientists who find their time-viewing screen allows them to travel through time as they literally walk through it and into the future.  Once through the portal they encounter some mutants (guys in store bought bald caps) that immediately made me think of the movie within the movie in Strange Brew. A long chase scene down a desert canyon leads them into a cave where the last humans are surviving and preparing to leave the dying earth.  At this point the pace of the film slows down and drags a bit as they talk and live with these future scientists. It has some interesting stuff like the strange Androids that are quite freakish looking that would have actually made for better mutants. 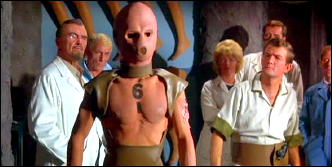 The conclusion of the film helps to make up for the middle        section as the mutants attack just as the spacecraft is about to      leave earth.  A battle occurs between humans,  their creepy                android servants and mutants leading to a cool and intriguing ending.   All and all it was a watchable film that showed some potential (at least in some of the concept) but that fell flat in some areas that left it just so-so in the end.

Listen to our Podcast here
http://www.superfantasticterrific.com/
Posted by brad chowen at 9:00 AM