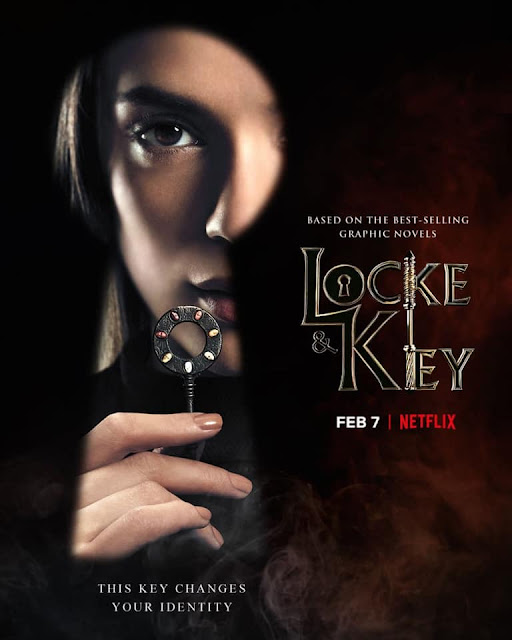 Of the NETFLIX series that I have watched so far, Locke and Key is probably my favorite along side Season 1 of Stranger Things. Even though I saw what happens at end of the season coming from a mile away the show was still engaging throughout.  The story focusing on a family that has moved back to their dad’s ancestral home after his tragic death.  It seems like the typical setting at the start of a horror movie.  Instead of a haunted house this house has a series of magical keys each with their own strange magical functions.   The story feels like a cross between The Goonies and The Chronicles of Narnia.

The best part of the show is what the magical keys do.  One key allows the user to go through any door and end up anywhere that has a door.   Another key allows a person or persons to go inside someone’s mind.  A fun concept and a great first season.   If you are in magical elements in shows definitely check this one out.  Season 1 left itself open to second season –although I almost wish that it had been a one season story.