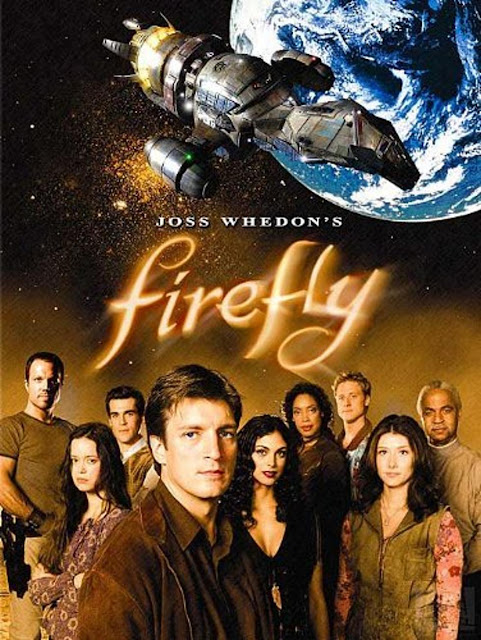 After binging Future Man on Hulu I decided I wanted to do a quick Firefly re-watch (also on Hulu).   Rather than do a review of the series as a whole I wanted to just talk about one particular episode that is pretty much Firefly at the shows best.

The episode Mrs. Reynolds is just about perfect.  The crew of the Firefly lifts off of a planet with a stowaway that apparently Mal accidentally married the night before (unbeknownst to him). This episode is pretty much is when the series cemented itself to me as a favorite.   I was already a fan of both BUFFY and ANGEL,  created by Joss Whedon,  so when Firefly came on the air I was already on board.  Nathan Fillion stars as Mal Reynolds (Basically a Han Solo type character) that captains a spaceship around the fringe frontier like planets of the solar system.   This episode for me is where the cast totally clicked.  The humor of Mal trying to deal with this stowaway wife was hilarious.  I was laughing at every single nervous facial expression as Captain Reynolds tried to sort things out while the rest of the crew made fun of him.  The chemistry of the cast felt like this show was already in its 6th season. Then the fun twist in the plot happens developing simmering plot lines between some characters that would carry throughout the rest of this short-lived classic sci-fi show.

If you have never seen Firefly ---WHAT IS WRONG WITH YOU and if you have already seen it –it may be time to revisit this show.  Nathan Fillion is probably my favorite TV actor now because of this show Castle and now The Rookie.    Watching this makes me want a Joss Whedon  Han Solo DISNEY+ Series.

http://www.superfantasticterrific.com/
Posted by brad chowen at 9:00 AM