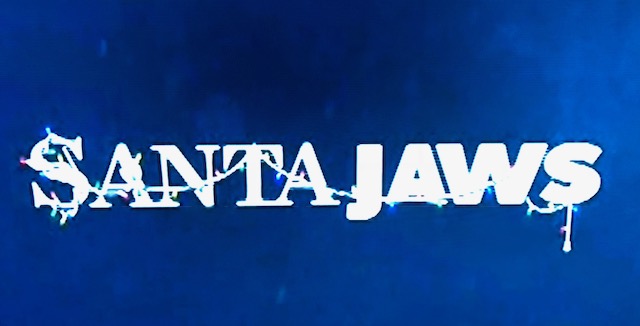 I wish I could give Santa Jaws more than a 5 out of 10, because compared to the recent batch of Bad Shark movies I've watched at least it had a concept and plot that made sense from start to finish.  It was pretty decent for a direct to TV shark movie that couldn't even afford to have a movie poster.

The story for this flick revolves around an awkward teen that is an aspiring comic book artist.  He happens to get a magical pen for Christmas and basically accidentally summons a killer Shark with a Santa Claus hat on it's fin that starts killing off his family members after he wishes to be alone.   He and his friends take it upon themselves to try and kill this beast and discover that it is drawn to Christmas items and can only be hurt by Christmas related things as well.  There was some limited comedy in this movie concept --but not enough to make it a good movie and not enough of the shark either (I'm sure due to budget).

The best part of the movie was the opening sequence which has a dirty looking Santa that has tied up some guys girlfriend battling until Santa is killed by a shark that acquires his hat.  The over puny humor in this opening sequence --which was supposed to represent the comic book was great.  If the whole film has kept this over the top tone it would have been better. 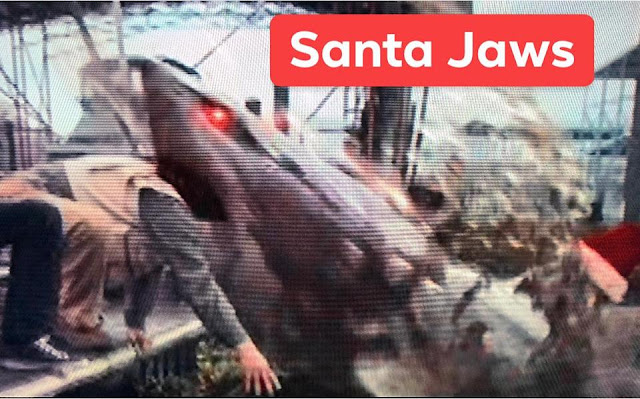