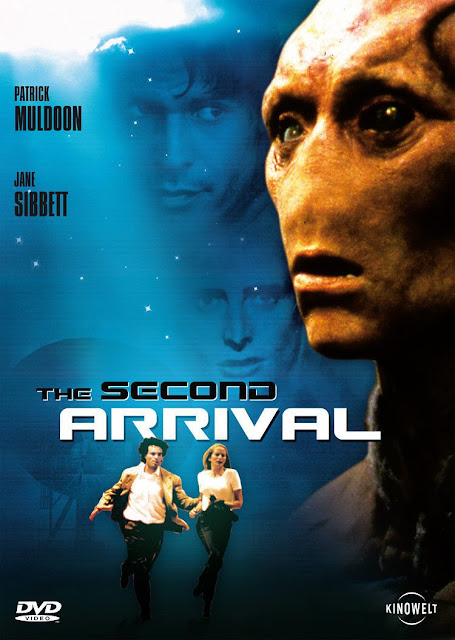 My only excuse for watching this direct to (probably VHS)  turkey of a movie is that is was a cold Sunday afternoon and I didn't feel like getting out of bed.

The original The Arrival starring Charlie Sheen --(before he made his comeback) wasn't even that good....so what hope did this direct to VHS sequel have.   Apparently not much.   Charlie Sheen's character is dead and Patrick Muldoon plays his brother --who along with some other people  get information left behind for them to save the Earth from the alien invasion. That invasion basically consists of a couple of aliens posing as humans and some cheesy wind effects.   He is helped by a reporter played by Jane Sibbett  (Ross's lesbian ex wife on Friends).

The Dialogue:    Terrible
The Acting:  No one could make this dialogue sound good.
The Story:  Dull and underwhelming
The Action:  Isn't as good as TV show action
The Special Effects:  Totally Cheese ball

This is not the Alien Invasion movie you are looking for

Our Podcast featuring over 21 episodes can be found here.
http://www.superfantasticterrific.com/
Posted by brad chowen at 7:16 PM