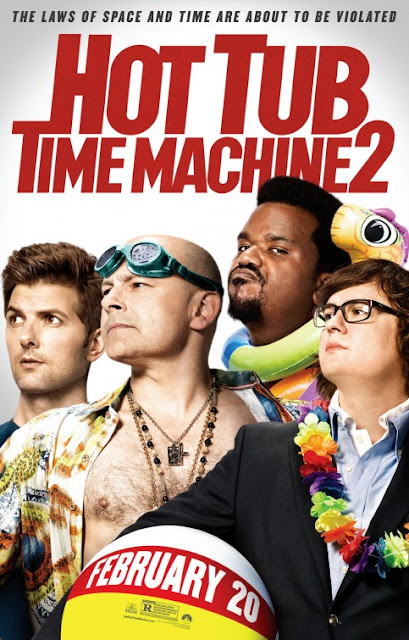 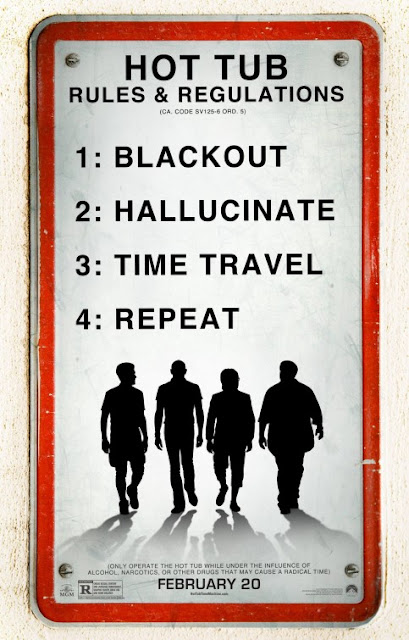 Time to jump back into the hot tub for a little drinking and time travel.  John Cusack (one of the main characters from the first film) skipped out on the sequel.....(maybe he read the script).   I'm joking it really wasn't that bad (unless you listen to the critics and the box office, since this sequel failed to recoup its budget).    I remember seeing the first movie (Because of the title alone) and liking, but not loving it.  There were really good elements to the first film --but a lot of potential that wasn't realized.     In the sequel we pick up the action with the guys having totally different lives --after the events of the first film.   They have basically taken advantage of their time travel adventure and created their own Back to the Future 2 version of Biff Tannen's world.    They have exploited their journey to invent things and songs for wealth and fame.  I love anything time travel and enjoyed the films many references to other time travel films.  The film tries to hard to be "The Hangover" of time travel movies - but still provided some entertainment along it's path of debauchery.   I especially enjoyed the scenes with Craig Robinson singing the songs he stole from the future (like when he sings the Lisa Loeb song).

In this adventure the plot takes the gang to the future to try and find out who came back in time to shoot Lou's dick off (Yes that is the story). Once in the future Lou just wants to go and check out what the stip clubs of the future are like --until he starts flickering out of existence --which sets them on a mission to stop the guy who shot him in the dick in the past.   The movie had some funny moments in the future and a silly plot that eventually makes some since.    Don't think to hard or deeply about this film just have fun with it.