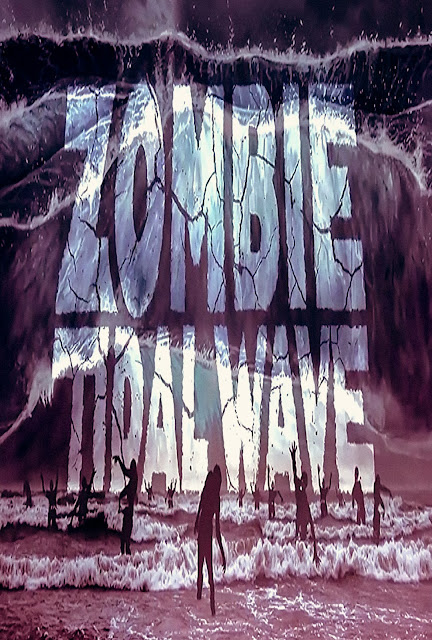 The Sharknado franchise came to a wacky and strange time travel conclusion last year.  Ian Ziering not wanting to fade from the public eye decided to move on to the zombie/natural disaster genre. Instead of just battling zombies ---why not spice it up a little with a Tidal Wave.  Zombie Tidal Wave is a decent campy low budget zombie flick.    The problem with modern day Zombie films is that post The Walking Dead –viewers are never going to connect with and care about the characters in a zombie film as much as they did for that TV show.  Basically, with that series Zombies have already been done just about as good as possible.   All these low budget zombie flicks are generally not as good as the best episodes of the TV series -  that being said they can still be a fun distraction if your expectations are not too high.

So, what is the point of watching Zombie Tidal Wave?  Ian Ziering has in my mind become the new king of cheesy and campy low budget fun.   It is fun watching him with a Taser/Machete electrocuting zombies that look like they have been dipped in Windex to save money on zombie makeup.  It was pure campy goodness.   He has one great fight with a Zombie that seems to know so wrestling moves near the end that was enjoyable.