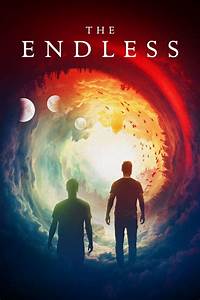 I randomly came across this film based only on the poster while looking up new releases on Netflix.   The description looked interesting so I dove in headfirst.  It is a low budget film so don't go in expecting amazing special effects.  Instead it is an interesting and creative story that takes you someplace strange.

The story features two adult brothers that escaped a UFO death cult about 10 years ago.  After a random video tape shows up the younger brother wants to go back to the camp, since the reason they had left 10 years earlier was because the older brother thought the cult was going to commit suicide.     The older brother reluctantly agrees to spend one night back at the place (I have no idea why).
They arrive back at the camp and things get really weird.  The people their haven't seemed to age at all and the film slowly builds to some interesting mysteries.   Something supernatural has a grip on the camp and as they find out the surrounding areas as well.   You think the film may just be about this strange cult --but instead there is something deeper and more interesting going on.

I enjoyed the originality of the storyline. I thought the script did a clever job of creating an interesting story on a budget.  It brought to mind Coherence,  another low budget Sci-fi film I really enjoyed.  It created a new and interesting kind of unseen and creepy antagonist.  This foe is never fully explained, but is definitely something I would like to see more of.

Check out the trailer below and then go into the movie with an open mind.