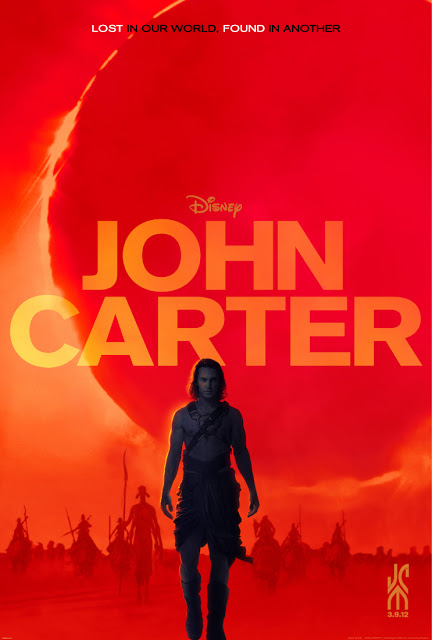 Based on the writing of Edgar Rice Burroughs (of Tarzan Fame) the film itself is very entertaining.  It isn't on the level of Star Wars or some of the other films they referenced in the late advertising push.  The film was a good solid sci-fi/fantasy picture.
A Solid 8 out of 10.  It had a good story that has influenced many sci-fi movies that have been made over the last couple of decades which at time makes it feel like it is just copying as a result.
For those that don't realize it the book series from which John Carter comes was actually the inspiration for many of those films. The box office when compared to the large sum that was rumored to be spent on the film was disappointing  in more ways than one.   If this film had made Star Wars or Harry Potter type money, or even the kind of money that many recent Marvel films had --they could have had sequels for years to come.  There were after all 11 books in the John Carter series.   Alas the lukewarm U.S. Box office killed all of those plans and probably set the stage for Disney to purchase Star Wars.

The movie reminded me of 3 animated movies that I really loved. Atlantis: The Lost Empire,   Treasure Planet,  and Titan AE.  All of these films were action packed adventure films that underperformed and basically killed off more films like them.   Another example of a film like this was the recent Conan Reboot that died a quick death at the box office.  I personally love that film as well.   The lack of blockbuster status may deny us the pleasure of similar films.
I waited several decades for a new Conan movie and when they finally got it right it didn't bring in the big dollars.   It is sad because there is more to the world of John Carter that we will never see.   Mysteries that won't get solved unless you read the books.
Blame it on the bad marketing?
Blame it at just the wrong movie at the wrong time?
Who knows exactly...

The movie itself follows the adventures of Captain John Carter.
He is a confederate solider that gets transported to Mars (Barsoom as the locals call it).  He finds himself involved  in the middle of a war.  The movie has a solid plot that is filled with action and adventure and a little bit of humor.  It also has a princess that wears what could have become the new slave Leia outfit for all comic-Cons had the box office been better.  The story leaves you with a satisfying ending that is definitely left open for additional films that will never be made.   If you like good Sci-Fi/Fantasty...check out John Carter.