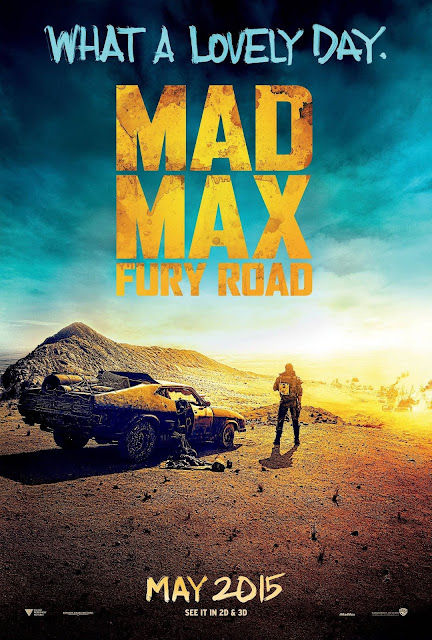 After watching Mad Max Fury Road  I had really mixed feeling about the film.   I wrote up my thoughts in the following quick little review and then looked up several reviews on IMDB and saw that the film was literally getting ripped to shreds on that site...... Which seemed weird because I heard that on Rotten Tomatoes that it was certified 97% Fresh (an insanely high rating).   I really liked the movie --but I think my original thoughts about it sum up exactly how it could get such a good rating and such terrible reviews on another site.

It lacks anything resembling a story in the traditional sense.
The story is boils down to  women escaping  from a crazy ruler with his five prized breeders.  The ruler chasing them across the desert as they search for a McGuffin or safe area.  The chase goes on for about 3/4 of the movie and then they find out the Mcguffin no longer exists and turn around and are chased back again.   At times the movie is downright silly.   The chase vehicles look like something out of a deranged heavy metal Dr. Seuss cartoon.  Specifically the truck with the drums. 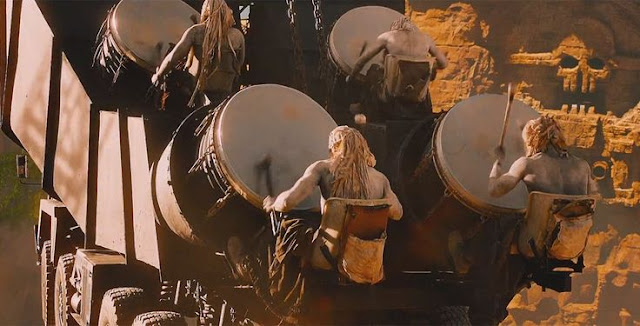 One of the chase vehicles has a guy on the front of a truck playing an electric guitar in front of giant speakers…..It is just ridiculous.  The characters lack anything resembling character development.   Mad Max may as well be Mad Joe or Mad Bob.     Mel Gibson had a screen presence as the character that I didn’t get from this Mad Max. In fact the character of Mad Max could have been left out of the movie entirely and you wouldn't have even noticed.

The visuals:   The look and visual style of the film was stunning.
I guess some movies don’t need a story.

Like I mentioned before the film is basically just one long chase scene and it is a great action sequence.  The silly cartoonish violence was fun and enjoyable to watch.  It was like a Willie Coyote cartoon with monster trucks.  It reminded by of those Hanna Barbera cartoons where the characters raced cars…Wacky Races I think it was called taken to an Apocalyptic extreme. 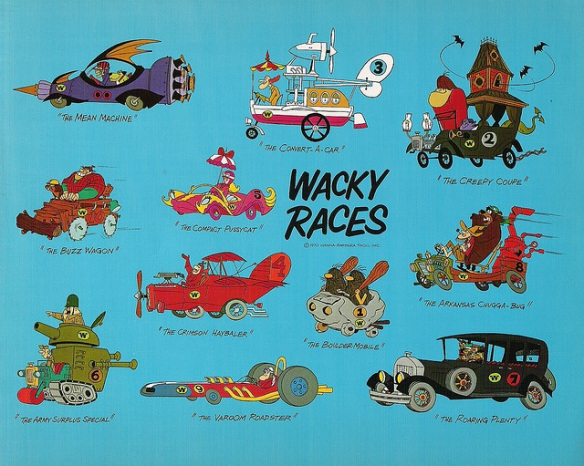 The Opening camera shot was super stylish.  George Miller was able to make a desert landscape interesting.  This movie was just a popcorn flick –that if you put no thought into it you can definitely enjoy.    Who cares that is makes no sense that water would come pouring out of this random rock in the middle of the desert…..Just enjoy the car chase and the silly and wild ride