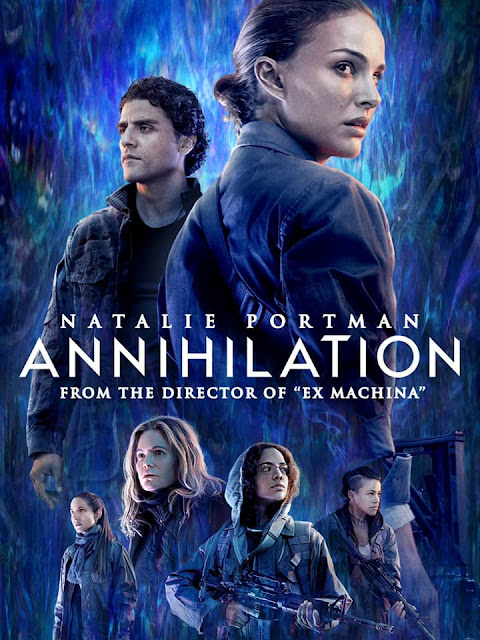 Other than revisiting Veronica Mars this was one of the first things that caught my eye to watch on Hulu.  I like Natalie Portman.  I like Sci-fi movies and it was directed by the director that did Ex-Machina.   I even thought the concept of the movie seemed interesting, so I was hoping that I was in for a good sci-fi film.   Unfortunately, I found the film dull and boring and lost interest in the story and the characters about halfway through the movie.   Being a completist I reluctantly stuck it out to the end.

It was like watching grass grow.  Sure, the grass was some mutant multi-colored fungus grass that formed in the shape of people –but it was still grass.  It felt like watching characters sleepwalk through a boring dream that has no purpose.  The ending although visually interesting was predictable.  Needless to say, this film was a real disappoint.