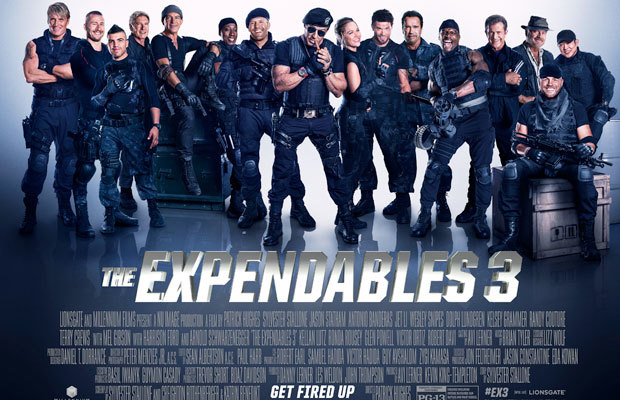 For this third installment the 1980's action dream team has added Harrison Ford, Antonio Banderas, Wesley Snipes and Mel Gibson   I'm still trying to imagine how much money these movies would have made if they could have put this cast together back in 1989.   The Expendable movies are just a fun.  These films are throwbacks to the time when action movies were the biggest movies of the summer.

This third installment gives us more of what we got with the previous films.   A bunch of tough guys taking on an impossible job and facing off against Mel Gibson in top form as the villain.   Wesley Snipes has come out of hiding from tax evasion to co-star in the film and even jokes about it.  Then of course the addition of my favorite actor of all-time Harrison Ford joins in a role that starts out more like what Bruce Willis and Arnold's characters were in the first 2 films ---but he eventually joins in the action as a daring helicopter pilot.

The action sequences:  The action was top notch.  Michael Bay would be proud of the explosions in this flick.  Each star basically gets their moment to shine in this action packed film.  The movie starts with the crew breaking Wesley Snipes character out of a moving train jail.  Then the move on to another job that ends with one of their crew getting shot by Mel Gibson's character that is supposed to be dead.   Mel Gibson used to be an Expendable himself, but has turned evil so the rest of the story is Sly trying to bring him down.  The plot is just an excuse to get these actors into an arena for an fun action battle royale.  The whole third act of the film is one big long action scene.

I personally enjoyed Expendables 2 better because it seemed like the ending was a little better,  but I would keep watching   this franchise for as long as they keep making them, unfortunately it sounds like Sly has decided not to continue with the franchise. 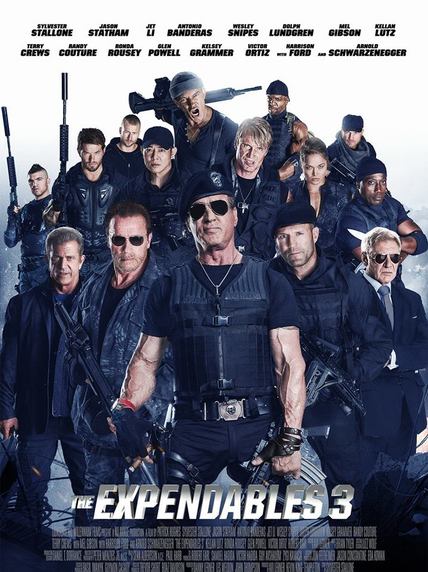